The need for collaboration, innovation and reskilling were hot topics for debate at the latest virtual Brunel lecture, which featured speakers from Europe.

A “massive repurposing and retraining” of existing engineers is needed to make up for the skills gap in the sector in tackling climate change, according to Seth Schultz, executive director of The Resilience Shift , speaking on the Europe leg of the Brunel International Lecture series virtual tour. Watch the Europe lecture here.

Schultz gave his opening lecture  on 2 December 2020 and is now on a global tour, taking in seven stops around the world, as he presents 21st Century Leadership is Partnership: How a Coalition of the World’s Engineers Can Change the World. Regional lectures include a bespoke version of the opening lecture with more time allocated for discussion between Schultz and key industry leaders.

While the confidence, trust and rigour of the engineering profession came through codification, the practice had calcified, he said. “The very way we do business needs to be torn down, rethought, and rebuilt.”

“Engineers need to think about the role that they play in a very different way. They have a set of skills – they’re pragmatic, they are systems thinkers, they’re highly trusted. But in order to take those skills and be force multipliers, you need to get up out of your existing sandbox, and into another one.” 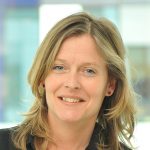 Speaking during the panel debate, Dame Jo da Silva, global sustainable development leader at Arup, and Resilience Shift Board member, said that the engineering agenda needed to shift from its focus on safe infrastructure, to infrastructure that is “safe, zero or low carbon, and resilient”.

“We need to make sure that in everything that we do. It gives us a very clear focus, and also enables us to communicate what we’re doing a lot more clearly – one of the criticisms of engineers is that we’re over-complicated and over-technical,” said da Silva.

Though codes and standards were important to achieve consistent quality, compliance with these had come to dominate the engineering industry, she noted. “Over 30 years ago, when I started my career, it was an incredibly exciting time and codes did not drive the agenda,” she recalled.

When engineers were pushing boundaries

Computers had arrived and were enabling engineers to design non-linear structures and undertake fluid dynamics, she said.

“The science was ahead of the codes, we did a lot of things from first principles – it was incredibly exciting because it was hugely creative and engineers were at their best, they were pushing the boundaries, and being as creative as they could,” she said.

Engineers need to unlock this creativity, in particular in digital technology and data, to solve challenges in terms of climate change, she said.

Michael Philips, former president of Engineers Ireland and a fellow of the ICE, said that there was a perception among the public and other businesses that engineers were “conservative and inflexible”.

“But if we are going to go at the pace that we need to over the next 10 years, innovation is absolutely crucial – we have to change, and be seen to be flexible,” he said.

Finding a way to achieve that without compromising safety would be extremely important, he said.

In the developing world, the skills shortage was “incredibly apparent”, according to da Silva, who has spent the past 12 years leading Arup’s international development work. However, engineers had an opportunity to be agents for change, she said.

“There are capabilities in the community and our role is not to just construct, but it’s actually to build on those capabilities, and build capacity and leave a legacy there from every project that we do,” she said.

A call for more members from developing countries

Milda Pladaitė, an intern in the engineering unit at the European Commission’s Internal Market, Industry, Entrepreneurship and SMEs, who represents the ICE at the World Federation of Engineering Organizations’ (WFEO) young engineers committee, spoke of the organisation’s Action Group on COP 26.

The group is promoting the sharing of information on climate neutrality technology and resilient infrastructure between young engineers. They particularly wanted to promote collaboration between the regions, and attract more members from developing countries, she said.

Majda Dabaghi, director of the Inclusive and Green Growth Knowledge Hub at the International Chamber of Commerce, also presented at the lecture about the SME Carbon Hub, which she founded last year.

The lecture was chaired by José Lores, who heads up Sorigué´s Services Division, and is ICE Council Member for Europe and Central Asia.

Sign up for the Middle East stop of the series now.

With thanks to Catherine Early and to the ICE Brunel team.

This article was first published at ICE