What is the level of acceptance in Canada that climate change is man-made and what actions have been put in place to address it?

All levels of government in Canada – federal, provincial and municipal – accept the existence of climate change and that it’s man-made. All political parties agree that it’s an issue, but there are some differences in how the issue is to be tackled, especially on the mitigation side.

There’s a federally imposed carbon tax whereby every Canadian, and all Canadian businesses are paying a price on carbon – the government’s website states that the current rate is C$40 (£23) per tonne, rising to C$50 per tonne next year.

Under the federal Greenhouse Gas Pollution Pricing Act, provinces that don’t have their own price on carbon that meets the federal standard get the federal carbon tax applied to them. Some provinces, such as British Columbia, have had higher carbon pricing than the federal rate for years.

Examples of mitigation action at the provincial level include the phasing out of coal-fired electricity generation – achieved in Ontario in 2014 and in progress in other provinces such as Alberta – and carbon reporting.

The government of Canada has put in place the Greening Government Strategy, which is a “set of government-approved commitments that apply to all core government departments and agencies”, and has committed to net-zero emissions by 2050.

Federal policies and actions on mitigation and adaptation are guided by the Pan-Canadian Framework on Clean Growth and Climate Change, adopted in 2016 and continuing to 2021. A renewal process for the programme is under way. Its goals are to meet emissions reduction targets, grow the economy and build resilience to a changing climate. Annual progress reports are posted on the government’s website.

Science-based knowledge and tools have been developed to enable practitioners such as engineers, architects and planners to make sound decisions about how to design, operate and maintain infrastructure assets.

The scope includes updates to the 2020 and 2025 versions of the National Building Code of Canada, the 2025 National Highway Bridge Design Code and other related standards, providing forward-looking climate data for more than 660 locations across Canada. It includes revisions to the Canadian Electrical Code and national guidance on design of buildings to address natural hazards such as flooding. Guidance has also been developed for water and wastewater and is being drawn up for roads and transit systems.

In 2019, the Canada’s Changing Climate Report was published. It discusses how and why the country’s climate has changed and projections for the future. As part of the initiative, a series of authoritative, user-friendly online reports will be released this year, entitled Regional Perspectives, National Issues and Health of Canadians in a Changing Climate. 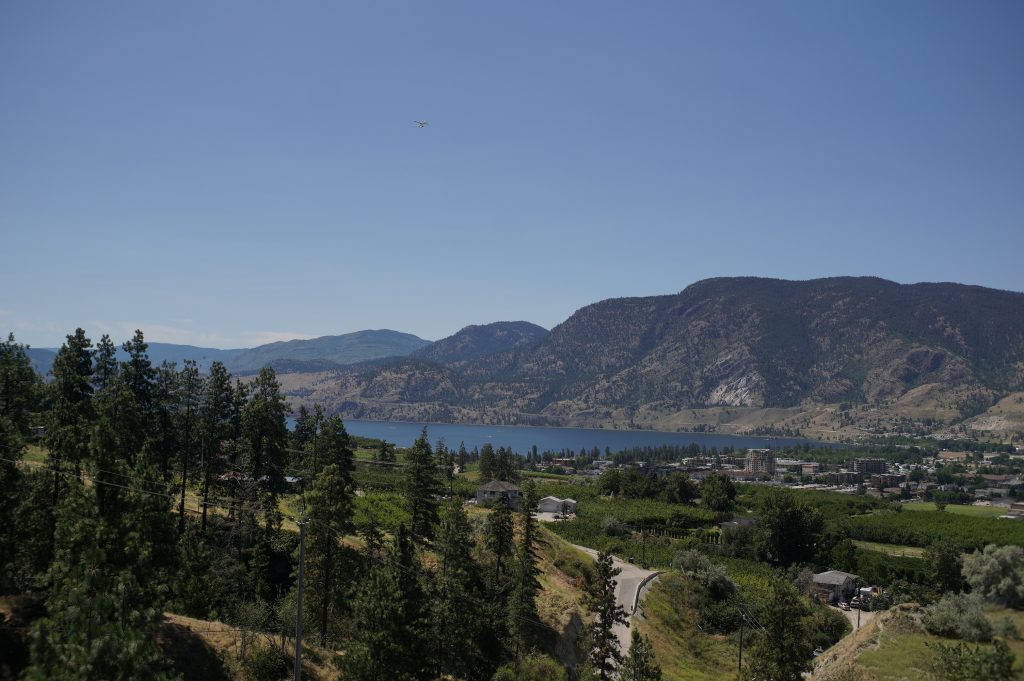 What are the key issues in Canada that you consider to be caused by climate change?

Impacts of climate change vary across the country – our highly variable geography and large landmass dictates more local responses to adapt to the local climate.

Some of the key issues in Canada are extreme weather events, such as increased frequency and intensity of rainfall at local and regional levels. This has an impact on roads and highways, as well as causing complete flooding of smaller communities and urban flooding.

We’ve seen heatwaves and a rise in wildfires, especially in western areas. In addition, melting permafrost and reduced sea ice coverage has been caused by increasing temperatures in the Arctic and sub-Arctic regions, which, in turn, has an impact on buildings and pipeline infrastructure, roads and coastal structures.

What do you think engineering could do about these issues?

Engineers can contribute to national and international policy development by discussing the issues around the practicalities of policy implementation. For mitigation efforts, they can develop technologies that reduce greenhouse gas emissions for industrial processes as well as in infrastructure design, construction, operation, maintenance and decommissioning/rehabilitation.

Engineers should also be building awareness and commitment in the engineering community to incorporate mitigation and adaptation into their work. There is a reluctance to work outside of existing codes and standards but these need to be challenged to account for climate change. Engineers should be at the table for these discussions and contribute their expertise.

What are the main barriers to effective climate action in both your country and the engineering profession?

The main barrier is in implementation, which is often caused by a lack of financial commitment by decision-makers. Costs to mitigate and adapt to climate change are still uncertain and it’s difficult to obtain effective cost-shared agreements and division of responsibilities among stakeholders.

In Canada, it’s sometimes difficult to coordinate and agree on actions between all three levels of government as there are jurisdictional and institutional limits to action.

Some infrastructure owners aren’t prepared to invest in climate action measures, especially for designs that are outside of existing codes and standards that are becoming increasingly outdated as the climate changes.

There’s also a reluctance to implement measures outside of existing guidelines and practices that often haven’t taken climate change into account.

What are the key priorities for climate action within engineering?

Some priorities for engineering should be:

ICE’s 13th Brunel International Lecture Series , given by The Resilience’s Shift’s Seth Schultz, is exploring how the engineering community can deliver a carbon-neutral and resilient society by mid-century.

With many thanks to ICE for permission to repost this blog. For further information about ICE’s response to the net zero agenda, learn more about The Carbon Project.